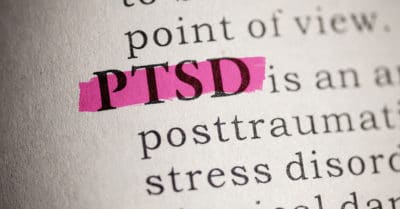 Post-traumatic stress disorder (PTSD) is often discussed in the media or depicted on TV shows. While this helps to raise the profile of this important mental health issue, it can lead to confusing and widespread misconceptions.

Do you wonder if PTSD is holding you back from fulfilling your Law of Attraction goals? Or maybe you just want to be mindful of its impact on your loved ones.

Regardless of the reason for your interest, here’s the truth behind five things people incorrectly assume about PTSD…

“PTSD Only Affects Those In The Military”

Firstly, there’s a common assumption that PTSD isn’t a frequent occurrence in the average population. You might think it’s a problem reserved for veterans, for example, partly because the media coverage tends to focus on soldiers more than civilians.

PTSD Fact: In truth, an estimated 25 million Americas are trying to cope with PTSD right now, and it can develop after all manner of different traumas.

PTSD impacts on survivors of…

So, if you’ve had a difficult life experience but are discounting potential PTSD symptoms, don’t be so quick to do so. It could be that in order to manifest the life you desire, you’ll need help to recover from this disorder.

“PTSD Is About Holding On To Trauma”

Even if you don’t think this yourself, you’ve probably heard the rumor that PTSD sufferers would be able to move on if they were only willing to “let go” of their trauma.

PTSD Fact: Unfortunately, it isn’t so easy to let go of such trauma.

Most people with PTSD would dearly love to be able to release themselves from the grip of the past. Many of them feel guilty and frustrated by their inability to do so, and the stigma attached to PTSD simply makes this worse.

The real reason that PTSD can last for such a long time is that trauma actually changes brain function in a way that makes recovery challenging. And to make matters worse, it can be difficult to find the right medical professionals with specific training in PTSD. So, wanting to “let go” of your trauma is not enough in itself.

If you or someone you love is struggling with PTSD, you might feel hopeless a result of the common example that there is no way to get better. This can stop you from even trying to find useful resources. It can also make you start treatment with the self-undermining assumption that it will fail.

PTSD Fact: Please be reassured that studies show the changes to the brain are reversible.

As they revert, so too can your corresponding beliefs. At the very least, good treatment can reduce your symptoms and facilitate a more productive, happier life. In the best case scenario, you might find you are left with no symptom at all.

The key is finding therapists who practice consistent, scientifically-supported techniques in a warm and non-judgmental way.

“If You Have PTSD, You’re Lazy”

This harmful myth is another one that thwarts motivation and lowers self-esteem, making it that much harder to achieve personal or professional goals. There’s an image of the PTSD sufferer as unemployed and erratic, and sometimes this is accurate.

If you have PTSD and you find it difficult to get or keep a job, this is because every day is a battle against the overproduction of potent stress hormones that cause symptoms like anxiety, panic, depression, concentration issues and poor memory.

It takes a huge amount of energy just to make it through the day, so if you have PTSD then it’s more important than ever to focus on the worth and significance of small, promising changes you make to your life.

“PTSD Is Addressed Only With Drugs And Therapy”

Talk therapy can be incredibly useful, and so can medication (such as antidepressants).

PTSD Fact: It’s a mistake to assume that either (or even both) of these approaches will counteract PTSD in all people.

There are a few reasons for this. Firstly, talk therapy mainly influences the conscious mind, and it’s actually the subconscious mind that host all of the problematic and traumatizing associations that give rise to PTSD.

Meanwhile, drugs like antidepressants can do a lot to help you cope with symptoms. However, if those symptoms have a root cause in your life (such as trauma, in this case) then that cause remains unaddressed.

These are just some of the treatments for PTSD:

Ideally, you need a multidisciplinary medical team who have access to the latest research on a new technique that specifically targets PTSD. In addition, you will want someone who can also provide the right kind of practical and emotional support.

Start The Process Of Overcoming Your PTSD Today

As mentioned above, hypnosis is one of many different treatment types for PTSD. Not only is hypnosis extremely safe, but it is also natural and can be used in the comfort of your own home.

So, if you are interested in a hassle free self-hypnosis program, be sure to check out eHypnosis's PTSD tracks. By simply listening to the hypnosis recording, this is what is possible in your attempt to alleviate your post-traumatic stress disorder.