Understanding And Applying The Law of Polarity (& The Secret Ritual)

Understanding And Applying The Law of Polarity (& The Secret Ritual) 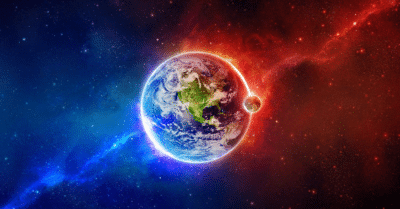 Just like a battery has two polar opposite terminals, there are two polarities of intention manifestation. Once you understand how the Law of Polarity works, you can bring the right kind of energy to your intentions. You can also combine that with their content (i.e. the thing you’re aiming to achieve) in a way that maximizes chances of success.

Let’s delve into how you can use the Law of Polarity to your advantage when trying to manifest your intentions.

What Is The Law Of Polarity?

Every thought (and therefore every intention) has two components; CONTENT and ENERGY.

So, for example, when you want to manifest a new love, that raw information is the content of your intention. 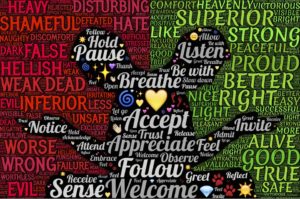 So once you understand this concept, try writing down what you want to manifest, and write down its opposite. This is the start of applying the Law of Polarity effectively.

Failing To Manifest Through The Law Of Polarity?

The deep-seated negative beliefs in your subconscious (e.g. that you’re not talented enough to succeed or attractive enough to fall in love) shape the energy of your intentions. So, even if you’re thinking about the content of your intention, such as finding a great partner or earning an amazing job, your emotional energy may not be in tune with this intentional content.

(By the way, if you're not sure what your limiting beliefs are and what is holding you back, take this free test here and find out what is stopping you from using the Law Of Attraction effectively).

If you’re experiencing strong emotions like excitement and joy in connection with your intentions, you have a strong intentional current that will help you manifest. If those emotions just aren’t there or they’re wildly inconsistent, you’re lacking the right kind of intentional current.

Make a note of the emotions you experience in relation to your intentions. Consider whether they’re associated with a strong intentional current or not. 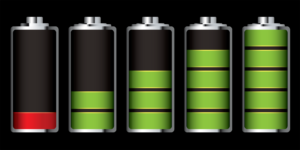 In many cases, people working with the Law of Attraction don’t have an effective energy flow because they’re accidentally using both polarities at once. If you have both polarities present at the same time and in the same magnitude, they simply cancel each other out.

Even if you’re pouring a lot of energy into your intentions, you’re working against yourself if you’re accidentally mixing polarities. And are unlikely to manifest the life you think you want.

Try to spend some time reflecting on whether this might be true for you.

How The Laws Of Polarity And Attraction Work Together

Although the Law of Polarity is separate from the Law of Attraction, the two work together in some fascinating ways that influence your unique manifestation potential. After all, the Law of Attraction tells us that we attract the things with which we are in vibrational harmony. And those which are the object of our mental focus.

According to the Law of Polarity, everything has a dual nature, the two extremes that look like opposites are inseparable. When you combine these laws, what you see is that you attract the whole package of your mental focus. This is what you’re really in vibrational harmony with. 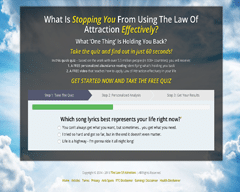 Take This 60 Second Quiz And Find Out Now!


Plus Receive A Free Abundance Reading And A Free Video Lesson

How To Polarize Your Intentions

You already know the two extremes of your intentions after doing the quick exercise at the beginning of this article. Consider whether you’re spending a lot of time mentally focusing on something that’s the opposite of your underlying negative beliefs.

Imagine, say, that you’re experiencing financial lack due to your limiting beliefs and are trying to attract abundance. You’ll attract the complete package of “financial-lack-to-abundance.”

However, due to having a subconscious emotional vibration that it’s in tune with lack, you’ll end up getting more of the same; lack.

Essentially, what you need to do to manifest is to pick one polarity and use it constantly. If your intention has a strong polarity, it will be strong in itself and will have an excellent chance of manifesting.

In other words, if you’re trying to attract financial abundance, you’ll benefit from correcting the subconscious emotional vibration that determines the energy of your intentions. And to do this, you’ll need to find and conquer your core limiting beliefs.

It’s vital right now that nothing is holding you back from using The Law Of Attraction effectively! Get started and take our free quiz now…

Click here now to take our quiz and get amazing advice that will help you achieve your dreams!