The Secret Movie: Dare To Dream - Based on The Secret, Rhonda Byrne

The Secret Movie: Dare To Dream (2020) Based on The Secret by Rhonda Byrne 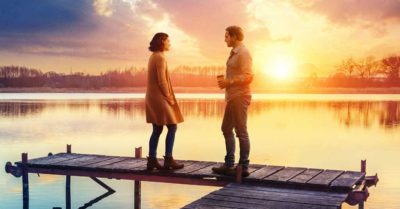 As one of the world’s most famous self-help books around, The Secret was bound to be made into a feature film. This exciting idea has now become a reality… The Secret movie was shot in late 2018 and finally released in 2020.

The movie, an American drama film, directed by Andy Tennant, starring actress Katie Holmes, is based on key teaching of the best-selling book by Rhonda Byrne.

The Secret movie, Dare To Dream has proven popular to help to spread the truth about how you can manifest exactly what you want from your life.

This is, a message many sorely need to hear. We have the latest details below! All brought to you by the world's largest Law of Attraction community.

Storyline For The New ‘The Secret’ Movie

“Our filmmakers have created a compelling family love story that embodies the principles of The Secret. We intend to make a film as funny, emotional and endearing as its message is hopeful.” – Robert Cort 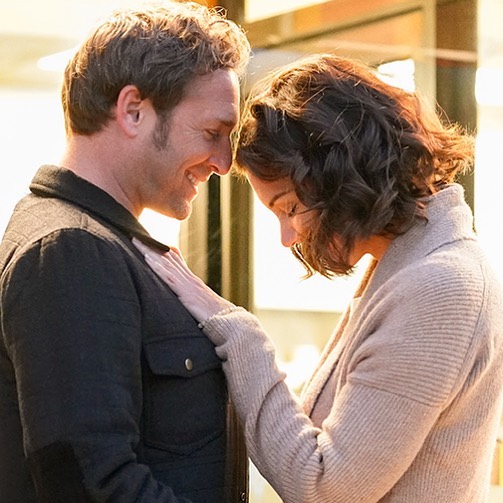 Drawing from The Secret by Rhonda Byrne, ‘The Secret: Dare To Dream' crafts a story around the core principles of the Law of Attraction. Katie Holmes plays the lead role, as “Miranda Wells”, a grieving widow and mother of three children, whose life changes for the better. The pivotal moment comes when she finds herself in a powerful storm and encounters a mysterious handyman called “Bray Johnson”, played by Josh Lucas.

As Miranda gets to know Bray in just a few short days, he explains his unique perspective on life… The philosophy that just happens to be at the heart of The Secret – which could change everything.

In other words, Bray teaches Katie Holmes’s character that we all have the power to create our own reality. He will also help her see how she can tune into, and respond to, the Universe. Consequently, working with the universe to find happiness again. The is no question, The Secret: Dare To Dream movie presents the Law of Attraction principles as clear and digestible as they are in Rhonda Byrne’s original book.

There is also an extremely mysterious twist that arises when Miranda uncovers a link between her handyman Bray and her past.

The Secret: Dare To Dream – The Inside Scoop…

The scriptwriters and producers say their main goal was to convey a hopeful message in a funny and touching way. The movie, The Secret: Dare To Dream is an excellent vehicle for the book’s main messages. This Law of Attraction movie promises to make abstract Law of Attraction principles relatable. It will potentially empower viewers to make real changes in their lives.

The Secret: Dare To Dream Movie Cast And Crew

“We are thrilled to be building The Secret with such a powerful combination of talent, both acting and directing, all rooted in a truly heartwarming script and the globally well-known book.” – Paul Hanson, CEO, Covert Media 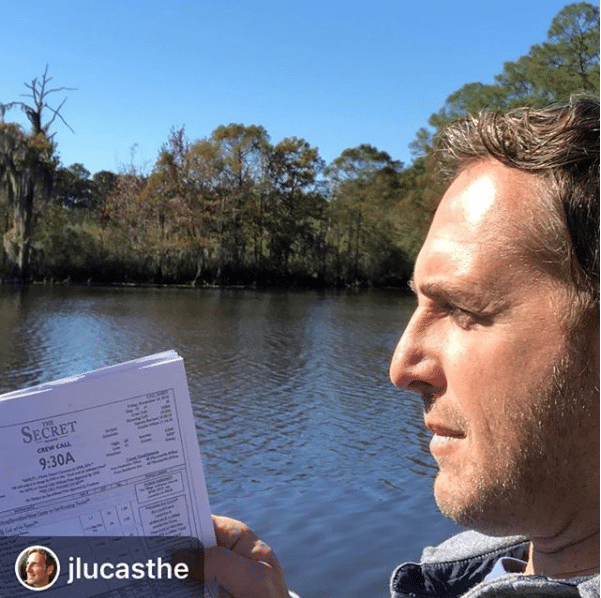 Josh Lucas reading the script for The Secret: Dare To Dream

Andy Tennant. He previously grossed an impressive $98 million with the movie Ever After: A Cinderella Story. You may also know him for his work on Sweet Home Alabama (starring Reese Witherspoon and Josh Lucas). He also worked on the film Hitch (starring Will Smith and grossing $368 million).

Paul Hanson is the CEO of Covert Media who is handling International sale. He has produced a number of films in the past. Hanson will be co-producing this one alongside Robert Cort.

Robert Cort is co-producing the movie with Paul Hanson. He has produced close to 50 films to date. Cumulatively, Cort’s work has grossed more than 3.5 billion dollars. You may know him from his production contributions to Three Men and a Baby, Bill & Ted’s Excellent Adventure, Runaway Bridge, Save the Last Dance and Jumanji.

Robert Katz has a extensive track record that includes working on over 26 motion pictures that was responsible for 13 Academy Award nominations and 3 wins, generating more than $850,000,000 in revenues worldwide. Known for movies including Crash, The Illusionist, Law Abiding Citizen, The Painted Veil, One Hour Photo, Seabiscuit and Slipstream written, directed and starring Anthony Hopkins.

Joe Gelchion is an actor and producer, who is know for his work in Escape Plan 2: Hades and A Private War.

Matthew George is a film director, producer and screenwriter, with movies like Under the Gun, Four Jacks and Let's Get Skase under his belt.

Rhonda Byrne, the original Secret author, is a producer of the film as well. Her contribution allows her to contribute an authentic spin to the storyline, allowing the message to really translate.

“Matthew and Robert’s taste in film closely aligns with the type of stories I want to tell. We are excited to partner on The Secret as well as other projects down the line. People have wanted to turn this powerful book into a film for a long time. It took this team, led by Andy Tennant, to finally crack the story and transform this book, that spent 192 consecutive weeks on the New York Times best-seller list, into the wonderful screenplay that we are about to make. We want to tell stories that inspire and ones that carry a message of hope.” – Joe Gelchion

Playwright Bekah Brunstetter wrote the script for The Secret: Dare To Dream movie. In addition, she is a producer for the hit drama This is Us. Plus, she is a co-producer for the surreal fantasy serial American Gods (based on author Neil Gaiman’s book by the same name).

As a long-time writing partner of Andy Tennant, Rick Parks helped write the script for this new movie. He famously worked alongside Andy Tennant to create Ever After: A Cinderella Story.

And, of course, Rhonda Byrnes assisted in the writing process, having written the original book.

[News And Updates] Filming The Secret Movie: Dare To Dream

The film was originally said to be released in 2018, however, this was delayed due to funding. However, as of September 2018, the additions of Joe Gelchion, Matthew George and Robert Katz as producers helped to fully finance the film.

Also available to watch on YouTube: The Secret: Dare To Dream – Official Trailer (2020)

Dare To Dream provides an amazing interpretation of the Law of Attraction, for both devoted practitioners and newcomers alike – as well as for children too.

It conveyed perfectly how the Law of Attraction is always in action, in positive and negative ways – highlighting how it could go either way simply due to the power or neglect of our words and intentions.

The story is comprised of determination, love, and resilience. The characters of Katie Holmes and Josh Lucas were very relatable and had great chemistry together.

As the story unfolded, much clarity and insight is given to this special way of thinking that so many people still need to be shown. The movie has a way of speaking to you as an individual; making you think more closely about how you behave and express in your subconscious state everyday.

So good, it's one of those movies to watch again!

The Secret: History Behind The Best-Selling Book The Secret by Rhonda Byrne 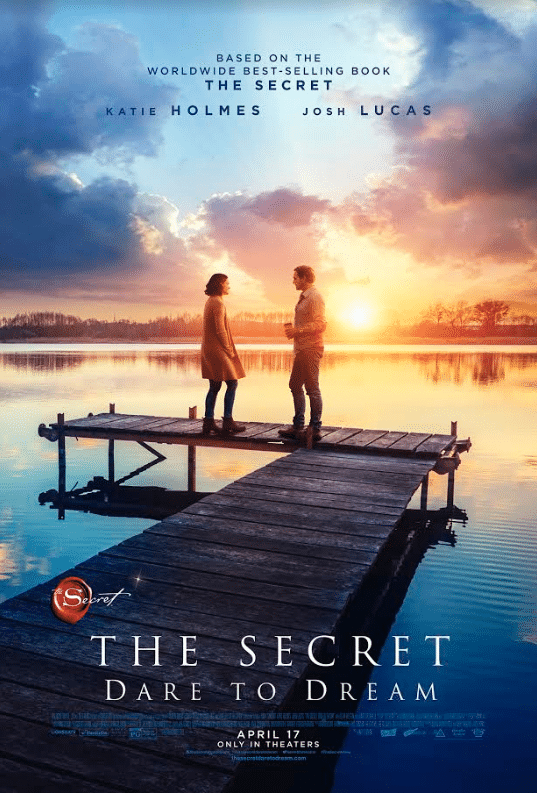 Famous for popularizing the Law of Attraction, The Secret is a best-selling book in dozens of countries worldwide. Written by Rhonda Byrne, The Secret has sold more than 30 million copies and been translated into 50 languages.

Its message is universal and empowering, helping people take control of their destinies in a new way. It teaches that thoughts shape reality and that it is possible to change your fate by changing your thinking.

Although it originally came out over a decade ago in 2006, it continues to gain readers and endorsements today.

In The Secret, Law of Attraction principles are outlined and linked to specific exercises that help the reader make changes. This practicality is one of the major reasons why the book has been so successful. For example, it explains how techniques like creative visualizations can help you better understand what you want. Plus, how you can ultimately create that very thing in your life.

Rhonda Byrne And The New Movie – The Secret: Dare To Dream

Byrne has voiced her approval of The Secret movie, saying she is “so excited”. She hopes the film will not only please existing fans of her work but also change the lives of people who are new to the Law of Attraction.

“This movie will not only be a great thrill for fans across the planet, it's also certain to ripple out and touch millions more people. The Secret book was life-changing for so many and this movie continues that legacy within a stunning piece of entertainment.” – @rhondabyrne 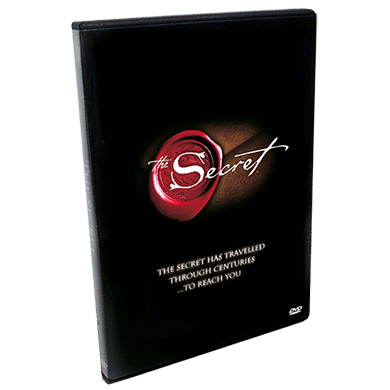 The Secret Movie is not the first film linked to Byrne’s best-selling book. In 2006, Byrne oversaw the creation of The Secret documentary. It involved interviews of key Law of Attraction experts and explanation of the major teachings of the book. The new Secret movie is vastly different, with a fictional narrative at its core. This means that both films are extremely valuable for anyone who wants to learn more about The Law of Attraction.

If you’ve watched The Secret DVD, you probably already know that conveys the same basic message as the book. Specifically, if you truly align yourself with what you want, you can attract that thing into your life. The 2006 Secret documentary was particularly inspirational because of its interview style. Viewers were able to see real-life examples of manifestation in action. Its popularity and the exciting, intuitive ideas at its core are some of the main reasons why a feature film version of The Secret is now being developed. 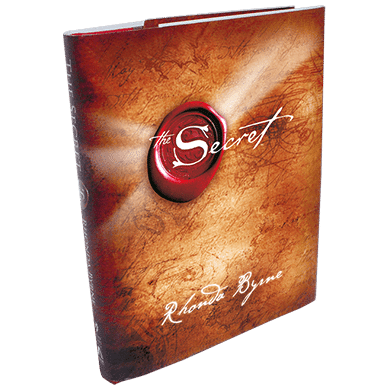 Manifestation techniques have brought wealth, love, success, and joy to a great many people. This occurred even before the book and movie were released. The Secret book was likely influenced by Thomas Troward’s New Thought work in the 19th century. Helena Blawatsky’s 1877 book of mysteries is the first ever mention of the term “The Law of Attraction”. Rhonda Byrne also cites Wallace Wattles’ book The Science of Getting Rich as an inspiration for The Secret, both in terms of tone and content.