Overthink Everything? Research Suggests You Are A Creative Genius...
Reserve Your Free Ticket For The Unsinkable MovieWATCH NOW

Overthink Everything? Research Suggests You Are A Creative Genius… 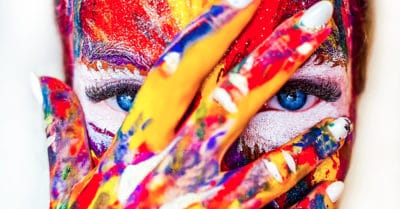 If you've ever been called an overthinker or a worrier, you know that most people tend to think of it as a negative character trait. Overthinking can make it tough to make choices or to relax. Plus, it can complicate your perspective on just about everything in life.

Sometimes, overthinking can also cause or worsen anxiety. In addition, it can lead you to have pretty high demands in relationships, as you'll need someone who can understand your detail-oriented personality. However, overthinking is certainly not all bad. In fact, according to the latest research, it might just mean you’re a creative genius!

We'll explore the specific studies that led to this conclusion, and explain how you can apply this research to your own experiences. Then, we'll look at particular connections between overthinking and creative talent, offering some advice for how you can channel this part of you into productive, positive output going forward.

The Latest Research On Overthinking…

While one creative genius might be a wonderful interior decorator, another might be a composer, a writer, or a visionary leader of a business. Now, why is this highly desirable trait related to overthinking?

If you think about some of the most admirable creative people, you might start to see why this link exists. Many of the people you view as role models are likely to also have lived complex lives and experienced a degree of neuroticism. In contrast, those you admire for their positive, sunny dispositions are probably not the most creative people you've ever encountered. But what is the science behind this anecdotal evidence?

A research team at King's College London first made the exciting connection between creativity and a tendency towards overthinking. Lead by expert neurobiologist Dr. Adam Perkins, they started out by noting that people who are highly attuned to potential threats have extra activity in a certain part of their brains: the medial prefrontal cortex.

Part of their amygdala (the part of the brain that processes emotions) is also highly reactive. And if this is true of you, this means you also have a tendency to be struck by strong negative feelings even when you're not in danger.

However, the researchers explored evidence that this hyper-awareness of potential threats is undeniably tied to an active, powerful imagination; a powerful imagination isn't only useful for threat-detection. It's also vital for making all forms of art. This means that the more of an overthinker you tend to be, the more imagination you have at your disposal. Plus, this talent is tied to high creative potential.

Having summarized the science behind the link between creative genius and overthinking, we can now look at some of the concrete ways in which this connection manifests. The following six explanations will boost your understanding of the psychological aspect of the connection. It should also help you see applications in your own life.

As you consider these six reasons on why worriers are often also creative geniuses; think about how you can take advantage of each of these aspects of overthinking, in order to maximize your output while minimizing your distress. Overthinking can become something that works for you, rather than primarily being a hindrance. 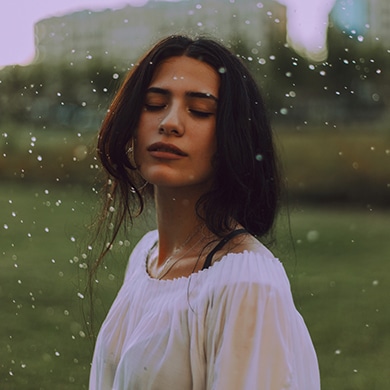 1. You Imagine Scenarios Deeply And Frequently

The overthinker personality is often characterized as involving a tendency to catastrophize; to think of the very worst that could happen, and fret about it coming to pass.

However, this ability to imagine highly detailed scenarios extends far beyond the negative. It prompts you to construct vivid daydreams; allows you to create whole imaginary worlds or characters; encourages you to consider ways to bend society's rules. This creative imagination can give you the potential to develop a deeper sense of spirituality as well.

So, when you think about it, it makes perfect sense that the very talents you use for overthinking are equally applicable to creative output.

2. Fear And Worry Is A ‘Great’ Motivator

If you think about some of the most important inventions in history, it's easy to see that they often arose directly from a worry of some sort. Think of the life-saving drugs we take for granted; the technology that protects us; our methods of avoiding starvation by way of industrialized food practices.

So, as well as endowing you with natural talents that enhance creativity, being an overthinker also pushes you to have the motivation to act. Where others might just briefly entertain a concern before shrugging it off, your default position is to take action and protect yourself from threats.

When we think of creativity, we often think of painters and writers. However, one way to test creativity is to look at a person’s problem-solving. Overthinkers have this skill in abundance.

While you may sometimes imagine problems that aren't really there, your constant attention to detail means you're also the first person that friends and family look to when they have a tricky issue to solve. Your overthinking skills are easily applied to real-life dilemmas; you'll often see creative solutions that others simply overlook. This is why being prone to overthinking can make you, not only a first-rate creator but also an excellent leader.

4. You Are Driven To Create And Change

Yes, worrying can be highly stressful and unpleasant; it can cause anxiety and stress, leading to negative thought patterns.

However, being an overthinker also means that you face up to the reality of what you don't like so much about your life. You'll, therefore, be more likely than the average person to create a better future for yourself.

You will look past what you are told is normal, or good enough. Then, you can apply that wonderful imagination of yours to the question of what might truly make you feel satisfied.

While happiness is not a guaranteed result, your drive to live more authentically will likely lead to you spending more time growing and less time conforming.

There is no standard “creative genius test”, but psychologists strongly suspect a correlation between high levels of creativity and a deep capacity for empathy. And if you're an overthinker, the aforementioned ability to imagine a wide range of scenarios also makes you unusually good at perspective-taking; putting yourself in another person's shoes.

When you can truly understand someone else's emotions, you have a unique opportunity to make them feel understood and help them to work through their struggles.

As a bonus, if you're a writer, your overthinking tendencies will help you empathize with imaginary characters and make them seem more real to your reader.

6. You Think About Every Possibility

Finally, because of that increased activity in your medial prefrontal cortex, you're able to see a greater spread of possible outcomes than the average person. This is a deeply creative process in itself and involves tracing out complex chains of cause and effect.

Meanwhile, it will make you more successful in all your creative endeavors; you'll have the chance to compare numerous possible ways of pursuing your goal. Consequently, you can find the very best path to follow. In contrast, people who think simply and superficially can't be nearly as creative in this way; they're used to thinking about only one or two possible outcomes. 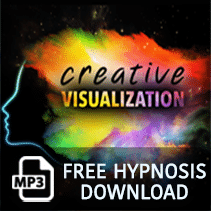 Want To Manifest Your Visualizations?
Switch on the power of the Law of Attraction

Designed to help you visualize yourself completing an action or achieving a goal over and over again, until your subjective belief is altered and your visualization becomes a reality. Attract real abundance through this hypnosis.