The BEST Daily Habit (And Secret) Of Famous Successful People

The BEST Daily Habit (And Secret) Of Famous Successful People 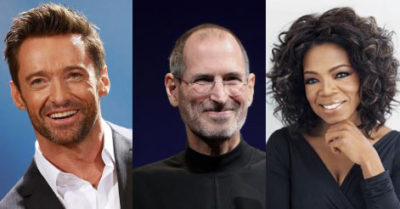 Have you ever wondered how some people manage to “have their act together” and steadily move towards achieving their dreams? How some people keep their stress and anxiety at bay, while others struggle to get through the day? 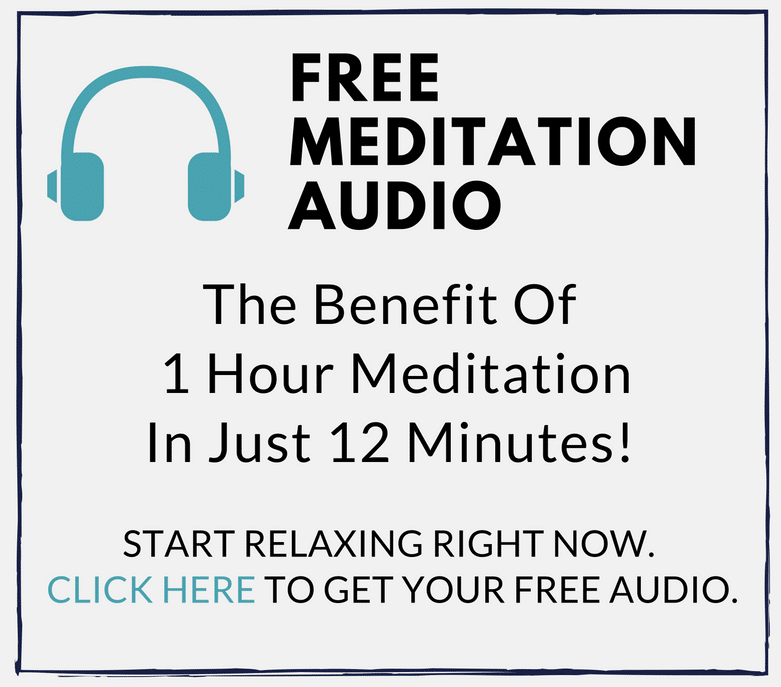 More and more celebrities and leaders in the corporate world are talking about the benefits of meditation. This practice is helping them lower stress levels, improve productivity and even physical health in general.

Here are 13 influential people who say that meditation has helped them achieve a high level of success.

After going through this list you will probably want to test what meditation can do for you.

To help you get started, here is a link to a free guided meditation audio. It’s just 12 minutes long, so perfect for a beginner.

“The very best time to meditate is on a plane,” George says, “I have to go to Europe a lot. If I land at 8 a.m., meditation gives me an opportunity to get deep rest and refocus before my board meeting at 10.”

In his interview with Jack Kornfield, a meditation guru, Bill emphasized the importance of mindfulness both in business and personal life.

And talking about the times when Ford almost had to declare bankruptcy several years ago, he mentioned that finding the time to meditate was crucial. “The practice of mindfulness kept me going during the darkest days,” Bill said.

Oprah says that meditation helps her create her best work and her best life. She describes her feelings after a session of meditation as “full of hope, a sense of contentment, and deep joy. Knowing for sure that even in the daily craziness that bombards us from every direction, there is — still — the constancy of stillness.”

4. Tiger Woods: Golfer And, At One Point, The Highest-paid Athlete In The World

“I was raised a Buddhist, and I actively practiced my faith from childhood until I drifted away from it in recent years,” Tiger said a couple of years ago. He is now meditating again, which is helping him to regain his balance and be centered.

Ellen’s net worth is currently estimated to be around $105 million and her annual salary for hosting the show is $45 million!

Ellen meditates “because it feels good. Kinda like when you have to shut your computer down, just sometimes when it goes crazy, you just shut it down and when you turn it on, it’s okay again.” “That’s what meditation is for me”, she told the “Today Show”.

He was named the greatest living director countless times. Martin recently told the David Lynch Foundation that he had been practicing meditation for a few years now. He describes the benefits of meditation as “calm, clarity, a balance, and at times – a recognition. It’s made a difference.”

In his biography Steve Jobs talks a lot about meditation, saying that “If you just sit and observe, you will see how restless your mind is. If you try to calm it, it only makes it worse, but over time it does calm, and when it does, there's room to hear more subtle things – that's when your intuition starts to blossom and you start to see things more clearly and be in the present more. Your mind just slows down, and you see a tremendous expanse in the moment. You see so much more than you could see before. It's a discipline; you have to practice it.”

Lucas is maybe best known as the creator of the Star Wars and Indiana Jones franchises.

Have you heard the rumors that Yoda was based on Transcendental Meditation founder Maharishi Mahesh Yogi? Well, it might just be true, as George is a big fan of meditation and started practicing it back in the 1970s (more than 40 years ago!).

In a Vogue feature, Arianna said that meditation is one of her “joy triggers”. No wonder Huffington Post offers weekly meditation classes for its employees.

“Stress-reduction and mindfulness don't just make us happier and healthier, they're a proven competitive advantage for any business that wants one,” Arianna wrote in one of her blog posts.

In 2012 Padmasree told the New York Times that meditation helped her better manage 22,000 employees in her role as Cisco's head of engineering. “It’s almost like a reboot for your brain and your soul,” she said. “It makes me so much calmer when I’m responding to e-mails later.”

“Yoga introduced me to a style of meditation. The only meditation I would have done before would be in the writing of songs.”, he said. By the way, Sting’s wife Trudie Styler meditates as well.

12. Mick Jagger: The Lead Vocalist And Co-Founder Of The Rolling Stones

The Sun newspaper reported that Jagger is a regular visitor to Laos, where, said one source: “He spent hours with monks in the temples and chanted with them. He practices Buddhism and meditation every day. He says it’s the first thing he does when he gets up in the morning.”

Yes, and the wolverine meditates too.

“In meditation, I can let go of everything. I’m not Hugh Jackman. I’m not a dad. I’m not a husband. I’m just dipping into that powerful source that creates everything. I take a little bath in it.”, he said when discussing meditation with Oprah Winfrey.

And this is actually not the full list of famous people who meditate. Clint Eastwood, Nicole Kidman, Jerry Seinfeld, Gwyneth Paltrow, Lady Gaga and many others do it as well. Amazing, right? 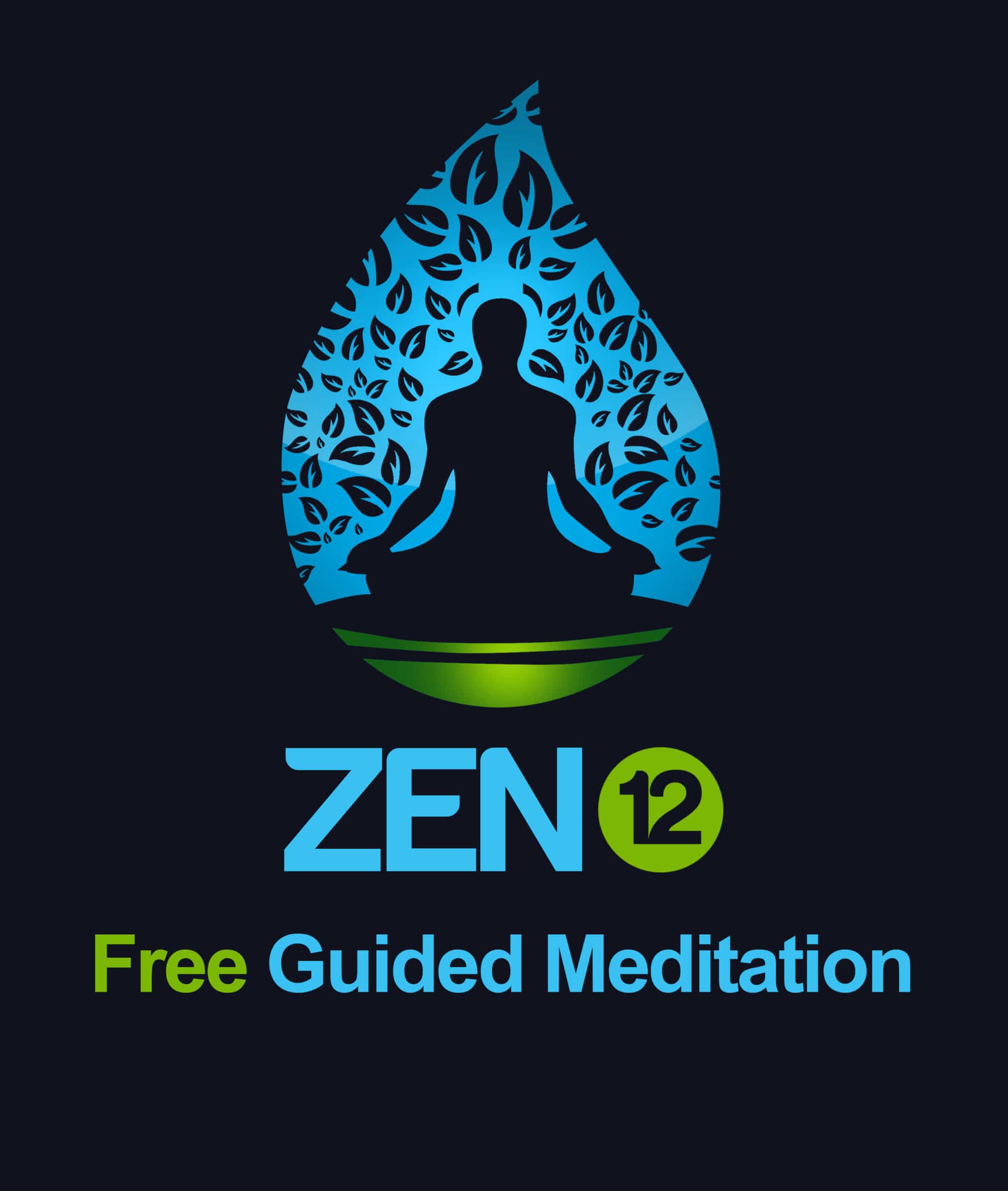 So what is keeping you from trying?

Are you skeptical? If you are, you probably didn't know that Harvard has actually conducted a study that proves that meditation literally rebuilds the brain’s gray matter in just 2 months! Plus, how will you know if it works for you if you don't try it?

Do you think you don't have the time? It's just 12 minutes long and you can practice it anywhere!

Worried it's expensive? This audio here is FREE. Unlike many celebrities and famous people, you do not need to spend thousands of dollars on private lessons with meditation gurus and trips to Nepal.

So just click on this link here or on the Zen12 banner above and give this guided meditation audio a go.