Law Of Attraction Success Story: My Story... By Brett Moran
Reserve Your Free Ticket For The Unsinkable MovieWATCH NOW

Law Of Attraction Success Story: My Story… By Brett Moran 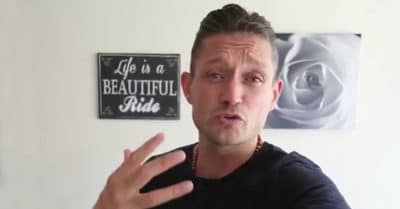 Brett Moran is an inspiration to many. Despite a difficult early life, punctuated with drugs, crime, and a prison sentence, Brett took it upon himself to completely transform his life for the better… and succeeded.

A loving father and personal transformation leader helping struggling individuals to undergo their own positive transformation, Brett’s success story today couldn't be any further from how it once began. His story is an uplifting tale of transformation, inspiration, and determination that we can all learn from. In his own words, this is his Law Of Attraction success story. 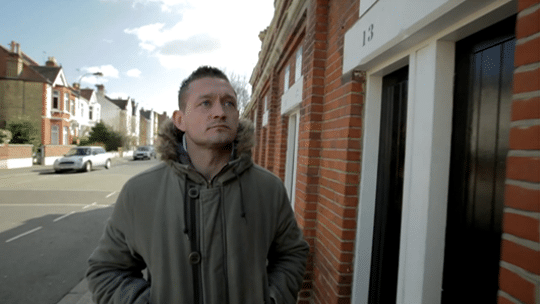 I was at the lowest of the low and I was in a very dark place in my mind. I had hit rock bottom.

My dad was a typical geezer. He was a football hooligan on the weekends; quite racist, with some very judgemental opinions about the world. The only direction or guidance that I was getting was from him.

The football violence, the racism… and for me, I wanted to become that person so that he would love me more.

Everything that my dad was doing I seemed to be copying.

There were a few people that would go around and commit armed robberies on post offices and travel agents. I became their ‘driver’. To commit these crimes was like a buzz, it was like another drug. The rush, the sweat; it made you feel alive. It made you feel great and it was exhilarating! Even whilst I would sit in that car, waiting for people to do it, I used to know and think to myself ‘this is so wrong’. I knew that this was the wrong path. But somehow the drugs and the lifestyle took over.

When my drug journey first began, it felt like that for the first time I was actually living life… it was positive.

I had lots of confidence; I had girls, I had money. And, I had all of these new feelings, these new ecstatic energies running through my body. But then when it started to turn into a habit and the fun times started to slowly die away; it turned into a very dark, dismal place. Then, I started to get paranoid, I started to realize that I needed the drugs to feel normal.

But the most important person I was being dishonest with was myself.

I got myself into so much drug debt that I couldn't afford to pay it back. I had about £5000 – £6000 pounds worth of coke and crack and after a few weeks, I had begun to take all of the drugs myself. My mum had to get a loan out to pay for my drug debt.

I actually pictured myself going to prison so that I could have this escapism from the real world; so I could get away from the dealers, get away from all the lies, all the friends and family that I was letting down.

A few weeks later I ended up in prison.

I was in such a negative, self-destructive depression that was just constantly telling me to just finish it. To just end it.

Again, I was at the lowest of the low; I was in a very dark place in my mind…

So, I’m not saying whether I had a choice or whether I thought about it. It just happened. One day I just stopped, froze and took a long, hard look inside of myself.

In prison I had found an amazing book: ‘Moment By Moment: The Art And Practice Of Mindfulness’ by Jerry Braza. As I began to read, I also began to understand that there was something different inside of me. Different to what I had labeled myself and to how other people might have labeled me.

The first step was to just stop and look inside. Look at my position in the world, become aware of what tape loops were still playing in the back of my mind.

From then on, it just felt like every time I was committing a bad act; when I was lying, was cheating, was taking drugs or committing a crime, it wasn’t me. I wasn’t being the person I should be.

It felt like there were two paths available to me. For some reason I was still walking that same old path; because of those old beliefs, because of those old patterns. But I felt that the path that I had to be taking was the one that was more congruent for me, the one that had a more feel-good factor. So every time that I went on that path, it made me feel worse, I wanted to come back. I wanted to come back to that right path.

And then I had my little girl. I had Ella-Louise.

When she was born, I remember the first night that I held her, the want to return to that right path cursed through me stronger than ever.

I was still taking drugs and I was still on that wrong path, but now I felt like something was trying to push me, trying to direct me to that other path. So I started to work with it.

I started to understand it.

And that’s when life started to change.

I started to have more beliefs. That was wrong, this is right. Shouldn't be doing this, but should be doing that.

I started to feel good about myself. Have some morals; have some sort of awareness of what I was doing. I became aware of the choices my life had to offer me.

Finally, I was actually ‘being’ as opposed to going through experiences without even noticing what’s going on around me.

Relationships, peoples’ smiles, connections, nature. I’ve started really living and experiencing each and every moment as it comes.

I’m taking my time; I’m not rushing around and I’m not worried about it. And it’s making the world seem a much lighter and a much brighter place. My eyes are now wide open.

Once I overcame my demons, my drive to help others with their own personal transformation was strong.

I now work with kids and young adults that are lost, disconnected… they come from disadvantaged backgrounds similar to mine. These are young people that have been kicked outta school, fallen in and out of foster care, been in trouble with the police. And I now work to support each and every one of them, giving them the helping hand I too once needed.

Once I looked at myself, I was able to help them. Lead by example really.

Inspiring kids to get out there, be the best they can be and create their own reality.

I see kids that have gone through a lot, that are struggling. As I see the kids supporting each other along their own journeys, I know that they too will become good role models themselves one day.

I suppose once I helped myself I was able to offer that support and that help, hopefully, that guidance that they need. It’s still amazing to see the kids that I work with grow and to take back control of their lives.

Since my dramatic lifestyle change, I have also gone on to become one of the founding visionaries for the life-changing movement ‘Choice Point’. In the Choice Point movie, I had the opportunity to share with audiences my own personal struggles and show how I managed to turn everything around to become the man that I am today. 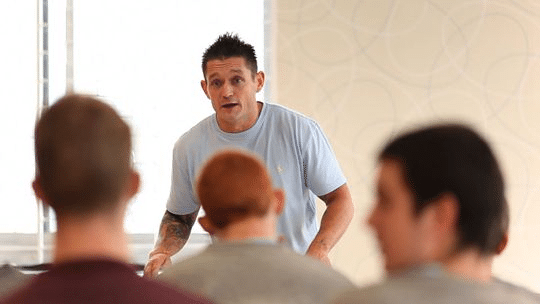 I feel like I’ve come a long way since my chaotic, drug-dealing days in South London. From one single moment of clarity, I've managed to change my life forever and become the master of my destiny; and I know that I can help other people to achieve the same.

I understand now, better than ever, that we are all the creators of our universe. Each and every one of us.

If an average bloke like me can transform their life for the better, then anybody can. I hope that this realization will be the turning point for many other people looking to change their life.

If you want to learn more about Brett Moran, his personal success story, or to inquire about his professional coaching services, please visit www.brett-moran.com.

And, if you want to learn how The Law Of Attraction can change your life, read this.

Breakthrough Law Of Attraction Discovery
Revealed: An energy source 5,000 times more powerful than your brain.
Watch This Free Presentation To Learn More.
WATCH NOW
"Very helpful, I wrote down and use every strategy and I even recommended it to my friend!" ~ Leah Mattina
0