Celebrities And The Law Of Attraction Success Stories 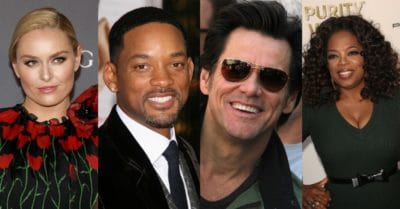 Do you use the Law of Attraction to help create and achieve your dream life? Everyone is born with the same tools (ie. our minds) and everyone has the same potential to achieve success and abundance in their lives. It’s how we try and achieve this that can be different for everyone.

“Our thoughts, our feelings, our dreams, our ideas are physical in the Universe.”

Will Smith is a well known American actor, rapper, and producer. Will believes the key truth behind his massive success is the Law of Attraction. He says that you need to believe in yourself and go for what you believe in and you will achieve it.

Will explains that greatness is accessible to everyone if you can believe it. He is a true example of someone that not only understands the power of the Law of Attraction but someone that has also applied it to his life, with awe-inspiring results.

Check out this interview below.

“As far as I can tell, it’s just about letting the universe know what you want and then working towards it while letting go of how it comes to pass.”

Jim Carrey is a Canadian-American actor, comedian, screenwriter, and producer. He openly speaks about his strong belief in the Law of Attraction and how he used the Law of attraction to propel himself from rags to riches.

Jim is well known for his interview with Oprah where he explains how he used visualization techniques to become a millionaire. He spoke about how he used the power of intention and visualization (a dream check) to achieve his success in the film industry and earn his first $10 million.

Check out the interview with Oprah below.

“The way you think creates reality for yourself.”

Oprah is most widely known for hosting her incredibly successful talk show, she is also an actress and philanthropist. She has spent a lot of time teaching others about the Law of Attraction and how it has changed her life.

Oprah says that the more that you celebrate and praise your life, the more that you will receive and have to celebrate. She is a fan of The Secret and has promoted the book on her television show. In the video below, Oprah explains how she used the Law of Attraction to create her own reality.

“That’s how you do it, you’ve got to vision it first.”

Shawn Carter, better known as Jay Z, is an American rapper, singer, record producer, and entrepreneur. He puts his tremendous success down to being aware of the power of his thoughts.

He strongly believes you create your own luck, if you want something, go and get it. Jay Z says that you have to believe in your talent, believe that it’s there and that you can use your talent to achieve what you want.

Stefani Germanotta, famously known as Lady Gaga is an American singer and songwriter. In the interview below, she reveals how she used affirmations to change her beliefs and create the life she always desired.

Lady Gaga believes that we all have the ability to achieve success and that we all have a superstar inside of us that we can tap into and release. Furthermore, she has said that she uses mantras (like the quote above), to help achieve her dreams.

“When I was very young I visualized myself being and having what it was I wanted. Mentally I never had any doubts about it.”

He says that you have to believe that you are going to achieve what you want, and visualize that you have it and will get it. Most noteworthy, before Arnold became famous for being a film star, he mentioned in an interview that he would be “the number one box office star in all of Hollywood” one day. This just shows the belief Arnold had and how he used the Law of Attraction to attract this into his life.

Denzel Hayes Washington Jr. is an American actor, director, and producer. He has spoken about the Law of Attraction before and how he believes that we attract things with our mind.

He says that whether it’s fear or excitement, positive or negative, whatever our thoughts and feelings are focused on is what we will attract into our own lives.

Andrew Carnegie was a Scottish-American industrialist. Carnegie led the expansion of the American steel industry in the late 19th century and is often identified as one of the richest people and Americans ever.

He became extremely successful, and he also gave away nearly $310 million to foundations, charities and universities throughout his life. Andrew Carnegie believed that the mind is extremely powerful and once we channel our belief system, we can use that power in our life.

Broderick Stephen Harvey is an American comedian, television host, producer, radio personality, actor, and author. He has promoted the famous Law of Attraction based book, ‘The Secret’ on his talk show and told his audience that the Law of Attraction has helped him get to where he is today.

He believes that by using the concepts of the Law of Attraction (such as, attracting what you want to attract and asking and believing in the Universe so that you can receive what you want from the Universe), have helped him gain a happy and successful life.

“I thought I was the best rapper in the world. I sat around and thought about it. Then I became Kanye West.”

Kanye Omari West is an American rapper, singer, songwriter, record producer, record executive, actor, fashion designer, and entrepreneur. He has often said that he has always believed in himself, and knows that you need to believe that you can do anything, in order to succeed and achieve.

“It’s difficult to believe in yourself because the idea of self is an artificial construction. You are, in fact, part of the glorious oneness of the Universe. Everything beautiful in the world is within you.”

Russell Edward Brand is an English comedian, actor, radio host, author, and activist. Russell is a very spiritual person and loves to help others. He said that he is his happiest when he is being nice to others.

He also believes we have a ‘higher self’, and he regularly takes part in Yoga and meditation.

“Whatever you are imagining, you are attracting into your life.”

LMFAO is an American electronic dance music duo consisting of uncle and nephew Redfoo and SkyBlu. They have said in interviews that they are a little bit obsessed with ‘The Secret’ book. They believe in the Law of Attraction and often use it to attract what they want in life.

One of their songs ‘I’m in Miami’ was written before they even went to Miami, they were manifesting it. LMFAO use the Law of Attraction, visualization, and manifestation to achieve what they want to achieve.

Conor Anthony McGregor is an Irish professional mixed martial artist and professional boxer who is currently signed to the Ultimate Fighting Championship. He is the reigning UFC Lightweight Champion and former UFC Featherweight Champion.

Conor McGregor has said that he uses the Law of Attraction and visualization. He said that visualizing his dreams and goals have helped him to now achieve them. He visualized his success until it became a reality, including winning the UFC Belt.

Jonathan Dwight Jones is an American mixed martial artist, who is a three-time and current Light Heavyweight Champion of the Ultimate Fighting Championship, having won the title in 2011 and 2017, in addition to the interim title in 2016.

He believes in the Law of Attraction and that you can speak things into existence. Before his fight in 2011, he used to sign his name as ‘Champ 2011’, before actually getting that title.

“A lot of what we do is visualization. To be able to take in the sights, the sounds, the stress, the excitement – that’s going to serve us really well moving forward.”

Kerri Walsh and Misty May-Treanor are American Olympic Volleyball three-time gold medalists. Throughout their successful careers, they have said that visualization, yoga, and meditation helped them to achieve and stay focused.

The spoke about visualization in an interview with USA TODAY and said it really helps them stay focused and move forward.

“I always visualize before I do it. By the time I get to the start gate, I’ve run that race 100 times already in my head, picturing how I’ll take the turns.”

Lindsey Caroline Vonn is an American World Cup alpine ski racer on the US Ski Team. She has won four World Cup overall championships; one of only two female skiers to do so. 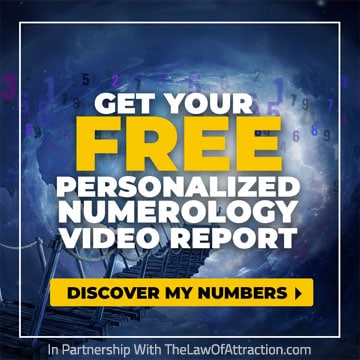 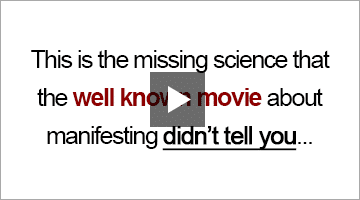