Can Money Buy Happiness? Good News: You CAN Be Happy And Rich!

Can Money Buy Happiness? Good News: You CAN Be Happy And Rich! 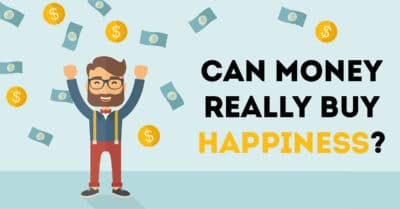 If your Law of Attraction goal is manifesting abundance, you might have some underlying questions about what you’re really trying to achieve. In particular, you may be wondering whether: can money buy happiness? Or if you’re looking in the wrong place for fulfillment and well-being.

The answer to this question is more complex than just “yes” or “no”. It turns out that there’s a sense in which money can buy happiness… But particular conditions have to be in place.

Here are six things you need to know if you want your joy to increase along with your abundance.

Can Money Buy Happiness? The Facts

Some Studies Show An Upper Limit

Being a millionaire certainly affords you bountiful opportunities for freedom. However,  research conducted at Princeton University shows that emotional well-being stops increasing at around the $75,000 per year mark.

So, as you get closer to that mark, the happier you’re likely to become. However, after this point, you can expect your capacity happiness to remain more or less constant.

This information can help you set realistic and practical Law of Attraction aims. It can also give you a good sense of when to start thinking about giving more of your money to other people or good causes.

Spending On Life Experiences Is Best

What you choose to spend your money on is one of the major determinants of whether it can and will buy you happiness.

In particular, most studies on the connection between well-being and abundance indicate that you’ll be happier if you buy life experiences rather than material items. This is likely because experiences can meet deeper emotional needs, fostering meaningful personal growth and helping you to evolve. 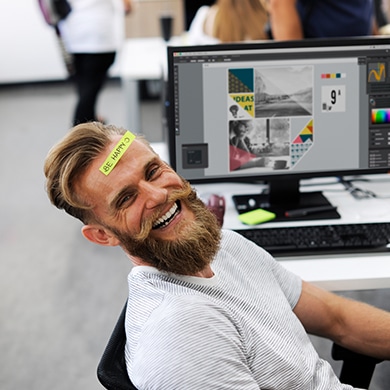 Interestingly, however, we tend to underestimate the significance of life experiences. For example, researchers at San Francisco State University found that many people claimed buying material objects was the best use of their money… Yet at the same time claimed that life experiences made them feel more satisfied! This is an important reminder to think twice before choosing where to direct your newly manifested abundance.

We Often Have An Underlying Drive To Make Material Purchases

The above studies indicate that spending money on life experiences is most likely to make sure that our money buys happiness. However, it’s helpful to understand why we’re so easily drawn to buy objects instead.

For one thing, physical items are clearly representations of our wealth and success. We might be tempted to value them more than mere memories. (However, the latter has a long-term impact on us.)

Secondly, we can get quite a buzz from buying something new. That being said, such euphoria is disappointingly brief. In contrast, the positive influence of major life experiences can last forever.

While we’re all susceptible to these mistaken assumptions about money and happiness, being more mindful of them can reduce their influence on your choices.

Trying To Impress Others Hinders Happiness

Are you focusing on creating a good impression for other people? This is another important factor in this discussion… why you want to manifest money.

You will continually vibrate on a lower frequency if you’re doggedly focused on comparisons and keep trying to have more than those around you. Not only does this inhibit your ability to attract more money, but it also keeps you in a negative and insecure mindset.

So, whether you’re purchasing an object or paying for a particular life experience, make sure you’re doing it for you, your values and your personal fulfillment… not so that you look like the most impressive individual in town.

Buying For Others Breeds Happiness

As mentioned at the outset, there’s a level of financial abundance past which having more money doesn’t appear to have a provable positive impact on happiness. If you add this to the compelling research suggesting that spending money on others can be better for our well-being than spending money on ourselves, it’s clear that past a certain point of abundance we benefit from looking outwards rather than inwards.

For example, one study published in the famous journal Science showed that participants who spent money on others were happier at the end of the experiment than they were before. In contrast, the participants who spent money on themselves didn’t report being any happier at the end of the study. Follow-up research also emphasizes that the greatest happiness comes from making a habit of spending on others, not just from doing it now and again.

Basic Needs Are Most Important

Finally, when your Law of Attraction work is successful and you quickly become significantly richer, you might want to spend extravagantly and purchase all the things and experiences that you’ve never had a chance to have before.

However, if you want your newfound abundance to be associated with real happiness, curb that impulse. Tend to the basics first, such as putting away some savings and reducing any debt you have. This provides you with a deeper sense of security! Plus, the knowledge you can deal with any unexpected challenges that come your way.

Plus, awareness of debts tends to eat away at well-being and confidence. So, the sooner you can put that jarring feeling behind you the better off you’ll be.

Bob Doyle From 'The Secret' Invites You To...
Rewire Your Brain For Ultimate Abundance And Manifestation.
The Most Advanced Course On The Law Of Attraction.
LEARN MORE
"I love this program! I have increased my income by $26,000 per year so far." ~ S. Bostian

So, can money buy happiness? Let us know your thoughts in the comments now!